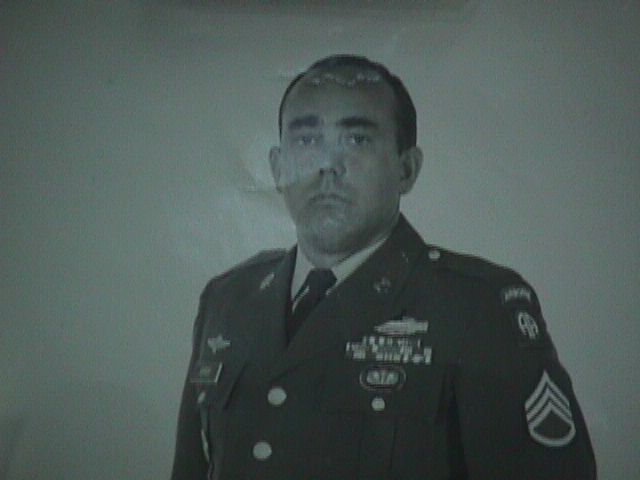 Don (Da Smurf) Murphy introduced me to Gene when I was the S3, 1-5th SFG(A).  Gene was always helpful and was a staunch supporter of Chapter 38, SFA.  He is another Professional who will not be forgotten.

Gearll Eugene Byrer was born in the small town of Odom, Indiana on the 17th of July 1942. He became known to his family and friends as Gene. After he graduated from highschool he enlisted in the United States Army, where he honorably served 21 years on active duty.

During this time he served two tours in Korea, one tour in Europe, and three tours in Vietnam where he distinguished himself by being awarded the Silver and Bronze Stars, and other awards to numerous to mention.

His proudest acheivement during his military service was to have been a member of the 5th Special Forces Group (Airborne) and the 101st Airborne Division (Air Assault) of Fort Campbell, Kentucky.

After he retired from the United States Army, he worked as an X-ray technician for the Kentucky Department of Corrections for 5 years and then as a civil service employee for Army Community Services at Fort Campbell, Kentucky. He then moved to Yuma Arizona where he was Chief of Family Support at Yuma Proving Grounds. In 1997 he medically retired.

He will be greatly missed by his family, friends, and Special Forces soldiers world-wide.