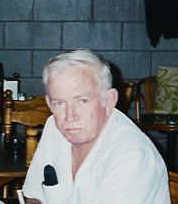 MSG (RET) Jimmie Johnson is another Lifetime Brother who has gone to occupy the final ORP.  Hopefully he is lighting the drop zone for those of us who follow.   I did not know him as well as Mac McGlothren, Don (Da Smurf) Murphy, Kevin (Snake) Smith, Al (Da Cajun) Morace, Ken Bowra, or Eldon Bargewell, but what I knew of him I liked.  Another Brother who we will never forget.

MSG (RET) Jimmie Johnson, 61, of Meridian, Mississippi passed away at the Alvin C. York VA Hospital at 0800 on 7 January 2004. Cause of death was cancer.  The funeral was held at 1330 hours (1:30 p.m.) on Sunday, 11 January 2004 at the Ayers and Jennings Funeral Home in Murfreesboro, Tennessee.  Military Honors were rendered by  5th Special Forces Group (Airborne) and Chapter 38, SFA from Fort Campbell, Kentucky.

Jimmie was the son of the late Jimmy and Myrtle Johnson.  He was a native of Samson, Alabama and retired from the U.S. Army, Special Forces having served three tours in Vietnam.

He served one tour with the U.S. Marine Corps and two tours with MACV-SOG, where he distinguished himself as a recon team leader.  His unit was recently awarded the Presidential Unit Citation for extraordinary valor.