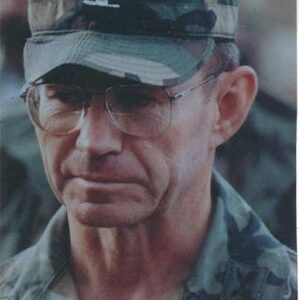 Jerald L. Thompson was born in Oakland, California on 22 November 1945.  He was the oldest of two sons born to Bennett and Georgia Thompson.   Throughout his high school years he was part of the Junior. ROTC program.   When he was 17, he enlisted in the US Army and was sent to Fort Sill, Oklahoma.    He received his commission from Officers Candidate School (OCS) in 1965.   His first duty assignment as an officer was at Fort Dix, New Jersey where he was the youngest lieutenant at 19 years of age.  After serving as a Platoon Leader for 13 months in the Republic of Vietnam, he resigned his commission in order to attend the United States Military Academy at West Point.  He graduated in 1971.  During his 26+ year military career, Colonel Thompson served in a multitude of command and staff positions.

COL Thompson used his unique skills in other assignments that were oriented toward the 5th Special Forces Group’s area of the world and thereby had ample opportunity to use his language skills in Arabic, Persian Farsi and Persian Afghani.  Most notably, he served as a Military Observer, United Nations Truce Supervisory Organization, Lebanon.   He was the G5 Plans Officer, XVIII Airborne Corps; and he was the Middle East, North Africa Desk Action Officer of the Politico Military Affairs Directorate, J5, Joint Chiefs of Staff.

COL Thompson always set the standard of conduct for his troops.  A serving Christian officer, he knew the importance of and made sure of the care of each soldier’s family.  His deep religious convictions were reflected in his primary belief that family is a soldier’s most important responsibility.  Col. Thompson’s care for his soldiers was reflected in a  gift from the Noncommissioned Officers and Enlisted soldiers at the end of the Gulf War.  He was presented with the battalion colors, an Iraqi bayonet and khaki patches saying DESERT STORM and MISSION COMPLETE, all beautifully framed in a large shadow box.

COL Thompson died on April 14, 1994, when the U.S. Army helicopter in which he was a passenger was shot down by the U.S. Air Force near Irbil, Northern Iraq.  The two Black Hawks were mis-identified as Iraqi Hinds!  Twenty-five others including 13 U.S. service members, a State Department official, six foreign officers and five Kurdish guards were also killed.  At the time of his death, COL Thompson was serving as the Commander of the Military Coordination Center, Joint Task Force PROVIDE COMFORT.  He would have relinquished command the following day.  COL Thompson was laid to rest with full military honors on April 22, 1994 in Arlington National Cemetery.  He is survived by his wife, Eileen and their two children, Jennifer and Eric, his mother Georgia VanPraag and his brother, Bob.