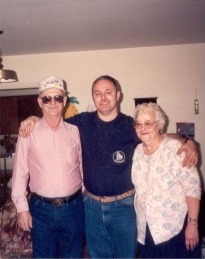 Rex Nothcutt for a long time friend of many folks in 5th Group. I tried to call him the day he passed away.  I thought that Karin Bossi was kidding when she told me he had died.  I said, “Right Karin, can you put him on the phone.”  Unfortunately, she was telling the truth.  I remember a lot of parties and good times that Rex, John Aiello, and I use to go to.  We will definitely miss you Rex, but Spanky and the rest of the gang will never forget you.

He was born December 10, 1950, in Rensselaer to John Oliver Northcutt and Phyllis B. Gordon Nortcutt of Monon, and the survive.

Mr. Northcutt was a member of the U.S. Army in the Airborne and specil Forces divisions for 21 years before he retired.  He served in Vietnam and in Operations Desert Storm.

He was employed by Capitol Products during the three years he lived in Kentland.

Mr Nortcutt uas a member of the kentland american legion Post and graduated in 1969 from North Newton High School.

Surviving with his parents are one son:  Kisttopher Allan Northcutt of Kentland; four sisters: Betty Chernowski and Rebecca Northcutt, both of Kentland, Barbara Wayen of Monon, and Patricia Cripe of Earl Park; and four brothers: Wayne Northcutt of Trinity, N.C., Dennis Northcutt of Magnolia, Texas, Carl Northcutt of Brook, and David Norcutt of Reminton.

Friends may call from 5-9 p.m.  Friday at kellogg Funeral Home in Monon, with services there at 11 a.m. Friday and burial in the Bedford Cemetery in Monon.  the Reverend Larry Piatt will be officiating.

Memorials may be made to the American Kidney Foundation.