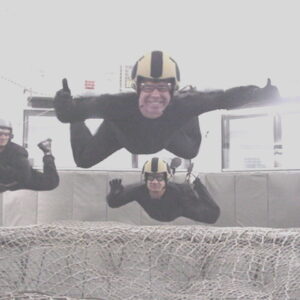 SFC Dan (Da Man) Petithory  was a soldier’s soldier as well as the life of the party.   As long as I knew him, he never asked another soldier to do something that he would not or could not do.

Dan was born in Massachusetts on June 30, 1969.  He graduated from Hoosac Valley High School in Massachusetts in 1987.  After enlisting as a Military Policeman in September 1987, he served a tour at Fort McClellan, Alabama.  After completion of the Special Forces Qualification Course, Dan was assigned to the 5th Special Forces Group (Airborne), Fort Campbell, Kentucky in 1992.  While there, Dan served as a Communications Sergeant on both ODA 572 and ODA 574.

During his tenure of military service, Dan participated in contingency operations in Kuwait, Haiti, Africa and throughout Southwest Asia.

He is survived by his parents, Louis and Barbara Petithory, a brother, Michael and a sister, Nicole.