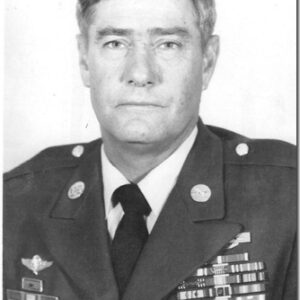 We saw Al (Da Cajun) Morace at the hospital the day he passed.  Gerrie Morace was stalwartly by Al’s side.  Al was always the consummate friend and mentor to many soldiers. Known to the chosen few as Da Cajun, Al was constantly a host of the highest order. Known as ” host and hostess with the mostest”, if you stopped by Al and Gerrie’s you had to stay at least ten minutes,  have something to eat,  and/or something drink.

Always with an impeccable demeanor and “movie star looks”, Al was the life of the party  and would always lift your spirits high beyond belief.  He loved his family (the light of his life), The Brotherhood, and his friends.  Al cared about people and never met a stranger.

Al was one of the primary persons to ensure that The Brotherhood had a place to go, known as SafeHouse 38.

It was truly a very sad day for us and the many friends that Al has will truly miss him. He is another Brother, a Professional who will not be forgotten.  Sergeant Major, we already miss your smile, consultation, advice, and coffee.

Services were held 10:30 a.m. Tuesday, September 25, 2012 at Hughart & Beard Funeral Home in Hopkinsville with the Reverend Jesse Brown officiating followed by burial with full military honors at Kentucky Veterans Cemetery West.  Visitation was Monday, September 24, 2012 from 4:00 – 8:00 p.m. at Hughart & Beard Funeral Home in Hopkinsville.  Many friends from The Brotherhood travel long and far to attend the visitation and funeral.  The funeral procession was one of the longest processions we had ever seen. 5th Special Forces Group (Airborne) served as the Professional Honor Guard.  Members of Chapter 38, SFA served as Honorary Pall Bearers.

A native of Eva, LA he was born September 15, 1943 the son of the late Albert Tyler and Gladys Morace.

An Army veteran and “Green Beret”, Sergeant Major Morace served 27 years as a paratrooper.  He served two tours in Vietnam with the 5th Special Forces Group (Airborne).  He was the recipient of the Purple Heart and Bronze Star.

He was preceded in death by his five sisters:  Bernice Clark, Freda Nelson, Jerry Hedrick, Helen Tiffe, and Peggy Breland.