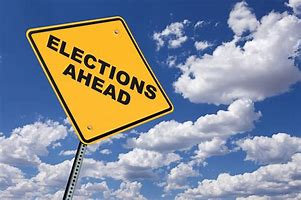 1. Introduction: Chapter Officers (the Executive Committee) are selected every two years in April and the 2020 is that year. Officers are elected to serve for a two-year period, beginning the first day of May following the election. The incumbent President may not be elected to serve more than two consecutive terms of office, but is not restricted from serving in other elected positions, or from being elected to serve again as President following a two-year absence. All other Chapter Officers may serve multiple elected terms of office. Only those members who are, or have been, a member of the United States Army Special Forces, including United States Army Reserve and Army National Guard Special Forces Units, who have completed Special Forces training and have been awarded a Special Forces prefix, suffix, and/or Special Forces Tab, Military Occupational Specialty (MOS), and if discharged, have received an Honorable Discharge, may be nominated to fill the office of the President or Vice President. The positions that will be open and descriptions are on the following page.

2. Nominations: Nominations will begin on 1 March and will continue through 31 March. If you wish to nominate yourself for a position, please send an email to sfa38asstsecretary@gmail.com. State “Nomination” in the Subject of the email and place the following information in the body of the message (Your full name, Chapter membership number, the position you are nominating yourself for, and a short bio (see example on page 4). If you want to nominate someone else for a position, send an email to sfa38asstsecretary@gmail.com with the individual’s full name that you are nominating, a good contact number for them, and the position you are nominating them for. The Assistant Secretary will confirm all nominations by contacting the individual personally. If that individual accepts the nomination, we will ask for a short bio to be sent to the Assistant Secretary.

3. Final Ballot: On 31 March the Assistant Secretary will develop the final slate and present it to the President for his concurrence. The final slate will only include those nominees that have accepted the nomination. Once the President has concurred with the final slate, the Assistant Secretary will create the election ballot and will send voting instructions via the April Membership Email. Chapter members will be able to vote in one of three ways: 1) Electronic ballot: A link will be sent in the April Membership Email; or 2) An election ballot can be printed, filled out, and mailed to the Chapter’s P.O. Box. (Mail-in ballots must be received by 24 APR); or 3) In person at the General Membership meetings scheduled on 25 April. Instructions will be included in the April Membership Email. All ballots will require the voting member’s name and membership number to be considered valid. The Election Committee will provide the election results for each officer to the President at the 25 April general membership meeting and the President will present the results to the Chapter members. The new Executive Committee will assume responsibility for their positions on 1 May 2020.

President:
The presiding official at all Chapter events; Represents the Chapter at the National Meeting and all other activities, functions, and events requiring the Chapter’s involvement. Provides the primary link with the Assistant Vice President to the 5th SFG Command Element to ensure a positive and mutually supporting communications link. He has general supervision over all business affairs of the Chapter, act as the Chief Executive Officer, and approve all orders directing the disbursement of Chapter funds or property. Shall prepare an annual report covering the Chapter’s business of the previous year with program recommendations and direction(s) for the next year and present the report at the first membership meeting of the calendar year and forward a copy to the National Headquarters by 15 February. As outgoing President, shall prepare and chair a transition briefing for the newly elected officers prior to the Chapter’s next membership meeting; as the incoming President, shall recruit and appoint all traditionally non-elected officers – to include, but not limited to, the Property Book Officer, Chaplain, Website Manager, and Historian prior to the first membership meeting after the election.

Secretary:
Functions as the Adjutant to the Executive Committee. Manages the Chapter’s membership, to include database maintenance, providing current status rosters, and submitting/tracking applications in a timely manner. Provides primary oversight on all internal and external written communications, to include maintaining quality control, standardizing and formatting, copying and storage of correspondence, and preparing/sending electronic messages via email as directed by the President. Updates, as required or directed, the Chapter website, prepares meeting agendas upon input from the President and maintains the Chapter’s Post Office Box. Serves as the Chapter custodian for all records, to include internal and external communications, meeting minutes, agendas, rosters, and all documents required by National Headquarters within 15 days after the meeting’s conclusion.

Treasurer:
Primary manager, based on guidance from the President, of all financial matters within the Chapter. Responsible for all internal and external financial transactions, to include maintaining control of accounts, recording all expenditures by program and funding lines, preparing, presenting, or forwarding of internal and external reports, and maintains an archived history of reports for 5 years. Provides timely submission of correctly formatted reports as required by outside donors and National Headquarters. Provides the President and Executive Committee a forecasted financial budget at the first meeting of the year, or upon request throughout the year. Prepared to provide the President an updated availability of funds report upon request.

Quartermaster:
Provides primary management on the procurement, storage, accountability, and sales of all Chapter, Legion, and National branding items. Provides and submits, in a timely manner, ideas for purchases and branding themes to the Executive Committee for review to support Chapter events or membership requests. Assists the Property Book Officer as necessary with their assigned duties, unless appointed as an additional duty by the President.

The Event Coordinator: Responsible for every aspect of Chapter event planning. This includes, but is not limited to, selecting venues, determining costs, arranging the schedule of events, coordinating all planning meetings, managing the event itself, or designating several individuals to assist, and then capturing the lessons learned.

The Property Book Officer: Maintains and secures the account for the Chapter’s real property, responsible for maintaining all locks and keys and a key control log for all structures associated with Chapter property. Responsible for maintaining an accurate and current property book listing Chapter property, approximate value, date of receipt, location, and sign-out tracking when applicable. Conducts an end of calendar year inventory every December and prepares/submits an annual report to the Executive Committee at the first membership meeting of the year. Responsible for the delivery, recovery, and proper storage of any property used for Chapter functions.

Chaplain: Provides religious and/or spiritual guidance and counseling to the Chapter Officers and members. Assists the Chapter Event Coordinator and/or 5th SFG(A) Chaplain as necessary during Chapter/Unit events. Is prepared to provide the Invocation and Benediction during any Chapter event.

CW4(R) John Smith retired from 5th SFG(A) in 2009 after serving 22 years. He served in a variety of operational and staff assignments, including Weapons Sergeant, Assistant Detachment Commander, Company Operations War¬rant Officer, Battalion Operations Warrant Officer, and Group Operations Warrant Officer. John has a BA in Psychology. John and his wife have two sons (21 and 30) and live in the Clarksville area. John works for XXXX, a local company, and spends most of his free time hunting and fishing. John has been active in the Chapter for the past 4 years, having served as the Secretary from 2016-2018.